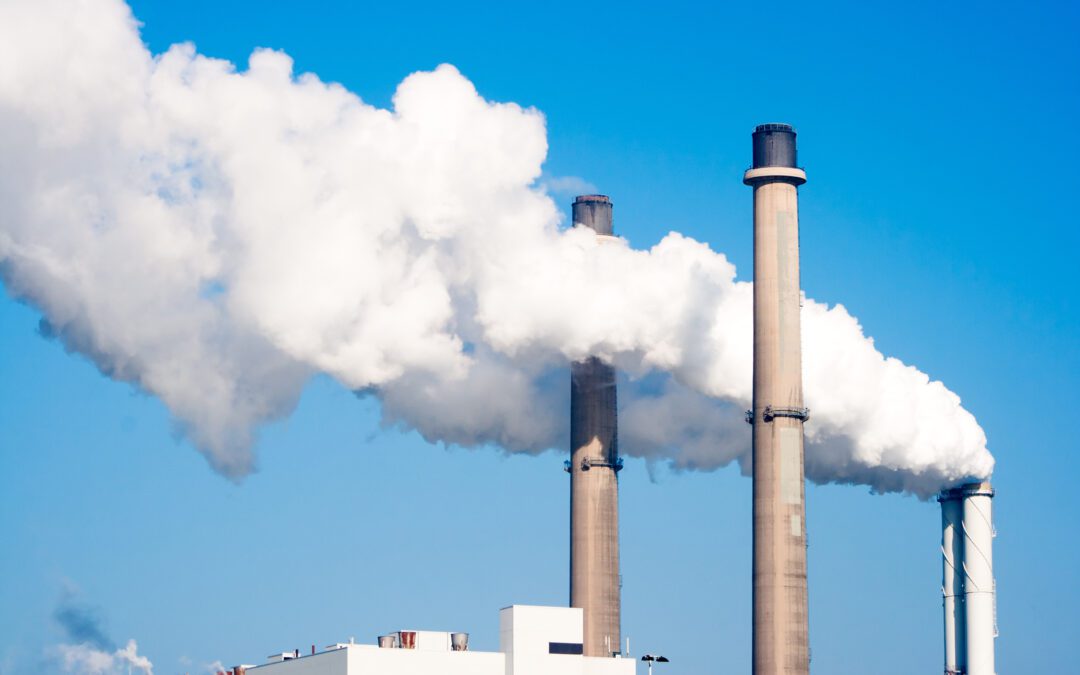 St.Germain provides services ranging from remediating spills on the ground beneath us, testing the air we breathe, and providing plans and performing inspections to keep client facilities on par with environmental regulations.

Manufacturing Company, Goffstown, New Hampshire. Emissions from the company were found to exceed trichloroethylene (TCE) ambient air level restrictions. Though the company submitted a compliance plan shortly after the findings, they failed to implement the plan to control TCE levels. The company admitted that they were unable to find a viable option to limit the TCE levels but decided not to notify the NHDES of this information. The company was ordered to submit a new compliance plan along with any milestone actions, resulting in the disuse of TCE and a fine of $12,250.

Industrial Laundry Company, West Springfield, Massachusetts. EPA determined that the company’s operations resulted in emissions of Volatile Organic Compounds (VOCs) that impair air quality. Prior to the issuance of EPA’s enforcement action, the company had not applied for an air permit from the MassDEP. Further, the company had not implemented “reasonably available control technology” at the facility as required by the MassDEP, which would reduce emissions of VOCs. The company will pay a penalty of $51,700 for its violations of the Clean Air Act.

Manufacturing Company, Allenstown, New Hampshire. This company failed to pay the annual emission-based fees for their permit and submitted an incomplete and inaccurate air emissions report to the NHDES. An inspection revealed failure to limit VOC emissions and maintain records. The company vowed to replace a chemical that was producing VOC emissions, but the next inspection revealed that they had not, resulting in fines of $6,952.

Construction Companies, Various Locations, Massachusetts. The EPA reached settlements with three construction companies to ensure they will come into compliance with stormwater regulations to reduce pollution from runoff. Under the settlements, the three companies will pay fines ranging from $7,000 to $8,400 and follow the terms of their permits for discharging stormwater.

Road Maintenance Business, Somerset County, Maine. Nine turkey poults died from being immersed in an accidental release of Fog Seal CRS-2H on the ground. The prohibited discharge of oil and failure to immediately undertake action to clean up the prohibited oil discharge resulted in a fine of $6,000.00, and a requirement to equip their trucks with a spill kit and conduct employee safety training.

Asphalt and Paving Manufacturing Facility, and General Contracting Company, Boston, Massachusetts Spill Prevention, Control and Countermeasure (SPCC) plans are required in facilities that store large quantities of oil or other potentially hazardous materials that could discharge to the ground or affect nearby water resources. Both companies agreed to pay $3000 to the EPA and either amend or correct violations of their spill prevention plans.

Contracting Company, Kennebec County, Maine. An estimated 70 gallons of hydraulic oil was released over a period of time from an excavator. Due to the lack the necessary spill kit and failure to notify the department within 2 hours of the discovery of each release, the contractor agreed to conduct employee safety training and pay $7,000.00.

PER- AND POLYFLUOROALKYL SUBSTANCES (PFAS)

Septage Facility, E. Kingston, New Hampshire. Recent groundwater sampling results from this facility indicated the presence of regulated PFAS contaminants. Further testing of adjacent residential wells also indicated that PFAS was present. The NHDES ordered the facility to take immediate corrective actions and to provide bottled water to the affected residents. Records indicated the facility had accepted septage from commercial establishments known to be contaminated with PFAS.  Following a laundry list of violations from the NHDES, the company claimed insolvency, but the NHDES ordered a Response Plan and updated closure plan from the owners.

Residence, York County, Maine. A department inspection of a home being constructed in the shoreland zone revealed violations of the Natural Resources Protection Act, including an excavated trench within the coastal sand dune system. By removing or displacing soil, sand, vegetation, or other materials in a protected natural resource without first obtaining a permit Coastal Sand Dune Rules, the residents were ordered to pay a $17,500.00 fine and submit a restoration plan.

Commercial Development, Cumberland County, Maine. A Site Location of Development permit was granted for the development of a commercial and retail center on 82 acres of land. Though the developers had submitted amendments to the plan, some activities differed from the approved permit. Although the changes were eventually approved, the resulting violation resulted in a fine of $10,931.00.

Hazardous Waste Generator, Bedford, New Hampshire. The NHDES discovered the company failed to document required weekly inspections of hazardous waste; did not include required information in their contingency plan; and had several other violations. The company was fined $8,040.

Hazardous Waste Generator, Bedford, New Hampshire. A recent NHDES inspection of the facility resulted in a Letter of Deficiency from the department. Issues included lack of a certified hazardous waste coordinator at the site, failing to document inspections of the central accumulation areas and marking containers of hazardous waste, and absence of employee training. These violations resulted in fines of $7,827.50.

Metal Forging Company, Plantsville, Connecticut. A company that manufactures motor vehicle parts agreed to pay a settlement penalty of $33,371 to resolve claims by the EPA that it failed to report its processing and use of chromium, manganese, and ethylene glycol in 2018.

Pesticide Production Company, Lawrence, Massachusetts. This company agreed to pay civil penalties for alleged violations of the Federal Insecticide, Fungicide, and Rodenticide Act (FIFRA) under a settlement agreement with the EPA. EPA alleged that the company violated FIFRA on multiple occasions by distributing or selling products that were adulterated, unregistered or misbranded. Under the agreement, the company will pay a penalty of $56,543 and must certify that it is currently in compliance with FIFRA.

Military Equipment Manufacturer, Middleton, Connecticut. A company that makes military and parachute hardware agreed to a settlement penalty of $54,705 to resolve EPA’s claims that it failed to file TRI reports in 2019 for its processing of chromium, copper, and nickel in 2018.