In New England, 64 percent of consumer waste is either recycled or converted to energy, more than any other region in the U.S. (see map below). Part of the reason for these high recycling and reuse rates are facilities likeecomaine, which serves roughly 20 percent of Maine’s citizens and is located on the borders of Scarborough, South Portland, and Westbrook, Maine. 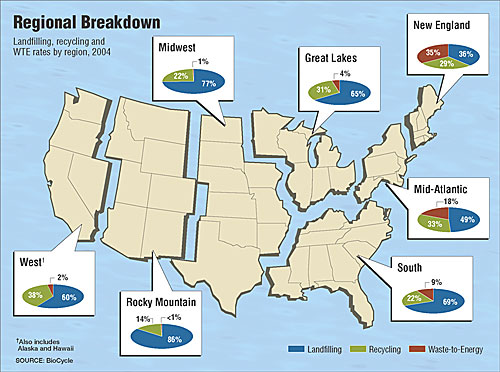 Of the truckloads of municipal solid waste that end up atecomaine, only 10 percent (mostly ash) makes it to their 260-acre landfill/ashfill. When trash arrives at ecomaine, anything not designated as recyclable is burned for energy recovery. The resulting steam is used for producing electricity which is sold to help with expenses. This process condenses the volume of the waste by 90 percent. After burning, metals are extracted from the ash and sold to industrial recyclers for use in new products.

ecomaine hasn’t been recovering this metal forever. In fact, for years the landfill was used to bury baled municipal solid waste, and then ash, metals included. Now ecomaine is working with an Ohio-based company to excavate portions of the ash landfill, some buried for as long as 20 years, to mine for metals that can be sold.

This process, which may take up to three years and should generate additional revenue for ecomaine, will recover valuable landfill space and benefit the municipalities that ecomaine serves. Ash within the unearthed portions of the landfill will be compacted more densely and any unburned municipal solid waste can be returned to the combustor, further reducing volume and making it what General Manager Kevin Roche calls a “win/win/win opportunity for ecomaine municipalities, business and the environment.”

ecomaine has worked hard to reverse the image of a landfill full of seagulls and unpleasant odors and they are certainly succeeding. Not only are they reducing the size and impact of municipal solid waste disposal in the area, but they have created a landfill virtually undetectable to both its neighbors and the environment. These accomplishments and more have earned ecomaine the International Standards Organization’s ISO 14001 certification for excellence in environmental management. 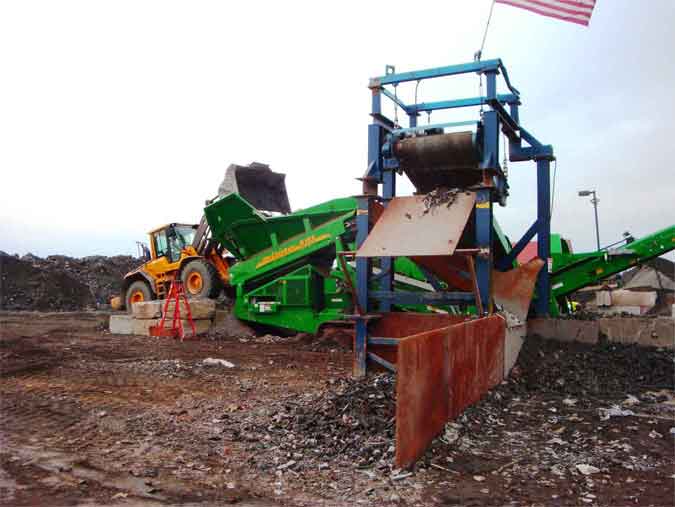 Metals recovery is currently underway (see photo at left) and  St.Germain is providing independent inspection  services to confirm that the process is being conducted in  conformance with ecomaine‘s Maine Department of  Environmental Protection (MEDEP) solid waste license. We  feel fortunate to be part of such an innovative and  progressive project.

ecomaine will be offering a tour of their facility in  conjunction with the 20th Annual North American Waste To  Energy Conference (NAWTEC) April 23-25, 2012 at the  Holiday Inn By the Bay in Portland, Maine. Visit the  NAWTEC website for more information.

Contact ecomaine for more information about the services, facility tours, and educational activities they offer. 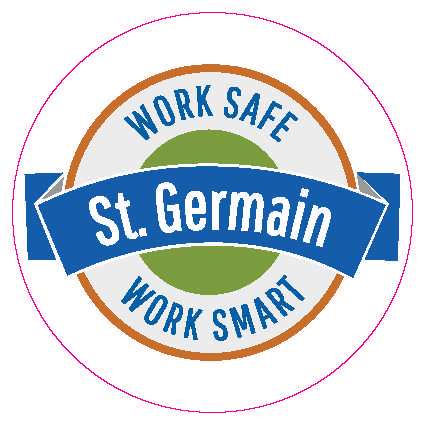